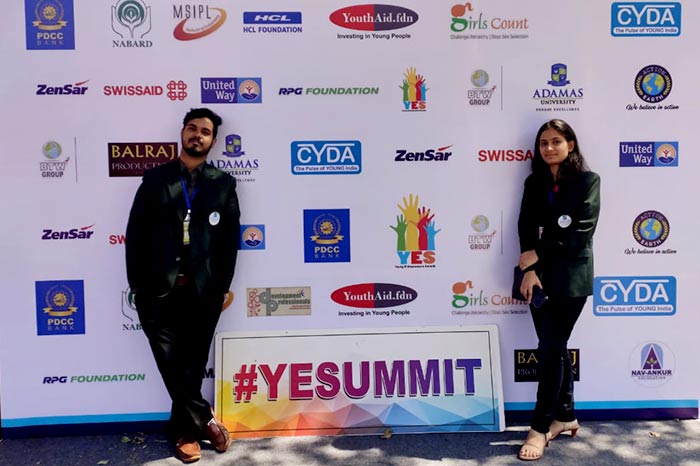 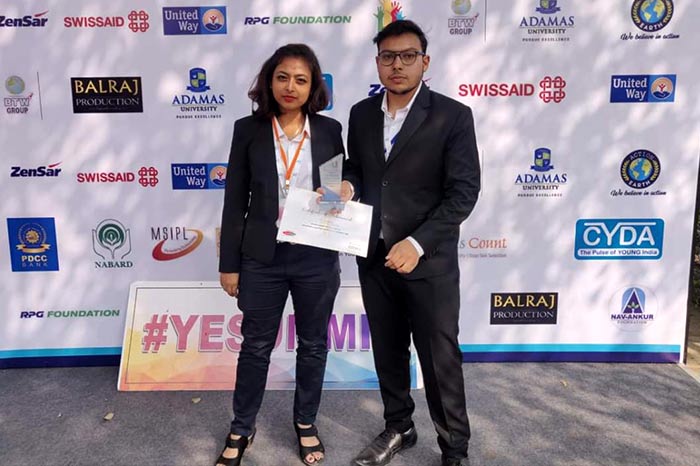 On 2nd December 2019, Adamas University hosted the National YESummit for young entrepreneurs of West Bengal. Forty-seven teams participated in this event and shared their unique business ideas. The Chief guest for the event was Mathew Matthan (chairperson of Youth Aid Foundation) who had a lively discussion with the young entrepreneurs followed by an interactive question answer session. In the post lunch session, the future entrepreneurs shared their innovative business ideas which were judged by several eminent personalities. The Adamas Biotechnology Club presented their business idea on “Sustainable Management of Organic Waste and using Vermiwash for Hydroponics”. This idea was a joint collaboration of eleven students from third year B.Tech Biotechnology program who were guided by their mentor Dr. Manoj Kumar Singh. The project idea was selected along with eleven other ideas from West Bengal to the national stage of the competition. Four students from School of Life Science and Biotechnology participated in the national round of YESummit 2020 held in Pune, between February 5-8. Three groups were selected out of the top twenty-five ideas in the National level. The project idea Nurilo Bionature, presented by Subhajit Mazumdar and Ankita Mondal from B.Tech Biotechnology secured the second position in the Agri-based and Allied Business category. Another project of Microbial Fuel Cells (MFC) presented by Subhodeep Dutta and Shreya Banerjee from M.Sc. Microbiology, under the Social Impact category was selected in the top twenty-five at the national level. Project of hydroponics on behalf of Biotech club was also presented by Subhodeep Dutta and Shreya Banerjee and this idea was selected in top twenty-five ideas nationally and subsequently this idea was placed third under the Agri-based and Allied Business category. It is indeed a matter of pride that the students of Life Science and Biotechnology made an impact in a national level summit under Agri based and allied business as well as in socially relevant category.